What is the best day to hold an auction?

Our ancestors have been travelling to markets to buy and sell since the start of civilisation – literally, that is, civilisation can pretty much be traced back to the time we started buying, selling and bartering goods in an open forum. They used to differ somewhat on when they went to market or held an auction, but traditionally, they have landed on one day. So what is the best day for an auction? 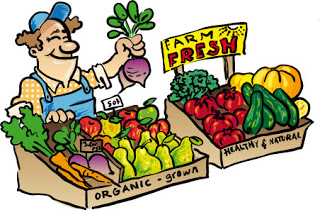 Traditionally in the UK, Market Day has been held on a Wednesday all the way back to the establishment of Christianity in the country. Markets were held in a particular central market town in a region and thus not everyone lived in the town where they sold or bought goods. Farmers and merchants would travel from many miles around on foot or by a horse and cart to market. This meant travel times were on the scale of days rather than hours.

As people had to be at home to attend church on a Sunday, they would leave home on Monday, often arriving at the market on a Wednesday. They would then need to travel home for the weekend. Thus, Wednesday became the de facto market day of the country.
Are Wednesdays still the best days to hold our auctions?

Intuitively, Wednesday seems like a good day for an auction. It’s not at the beginning of the week, where people might be away or playing catch up, and it gives you enough time after the auction to process the results and choose an eventual winner.

So how popular are Wednesdays for Market Dojo? A quick look at some of our statistics from the last year shows that Wednesday is, in fact, the most popular day of the week to hold an auction, technology changes apparently, but the human appetite for buying and selling in the middle of the week seems to stay the same.

The other question we have to ask when working out the best day for an auction, is does it really matter? In the past, auctions and markets were held on Wednesday because that was most convenient for those taking part, but in an eAuction, where people can log on from anywhere in the world, does the day really matter as much?
Well, people still have to prepare for an auction, which might mean finalising the Best and Lowest Offer with directors, and they still have to digest the results, which means procurement teams deciding which bid they would like to take forward.

So, we know that Wednesday is the most popular day for an auction, but is it the best day? We decided to look at the average savings made during each day of the week to see if any particular day was better than another. It through up some interesting results.

Wednesday is in fact not the best day for savings, Tuesdays and Thursdays are. With a 2% swing in favour of hosting an auction on a Monday or Tuesday. We don’t actually know why that is, it could be down to a host of factors. However, it is worth considering if you aren’t sure when you would like to run your auction.

Nonetheless, it still looks like Wednesday, even after 1000s of years, is the most popular day for you to go to market. However, if you’re looking for the most savings, holding your auction on a Tuesday or Thursday might just give you that extra edge.