An Englishman in Paris and the fourth dimension

We were very proud to be invited to the Salon Solutions event in Paris on the 1st-3rd October by our French partner, Effixens. As the only French speaker on the Market Dojo team, it was up to me to brave the elements and the French cooking.

The trip over to Paris, although an early, start was actually cheaper than a day return from London to Bristol.  Admittedly I booked early but certainly something to reflect upon.  The Paris Metro system was my next challenge. Not too dissimilar from the London Underground except it does have 2 special tracks which go North to South and East to West called the ‘RER A’ and ‘RER B’. Not a big difference except if anyone in the Paris transport system is reading this, please put up some signs to tell people you need a different ticket!

The conference itself was being held in the CNIT conference building (The Center of New Industries and Technologies), located in Puteaux, France, and was one of the first buildings built in La Défense.  This is the up-and-coming business area of Paris on the West side.  It has a truly magnificent plaza which I think I aptly captured in the panorama photo below.

Incidentally, for those of you who are mathematically inclined, the Grand Arch is 3D projection of a tesseract undergoing a simple rotation in four dimensional space…who’d have thought it.

Our partner Effixens first met us at eWorld in London and have ever since been helping to promote us over the channel.  They were kind enough to share their stand along with a couple of their other partners: MLR, a consultancy, and Shortways who help put help content into SAP. Effixens themselves have many years experience with purchasing systems and are also a close partner of SAP.

I think you can see from the picture below we brought a ‘Je ne sais pas quoi?’ to the stand: 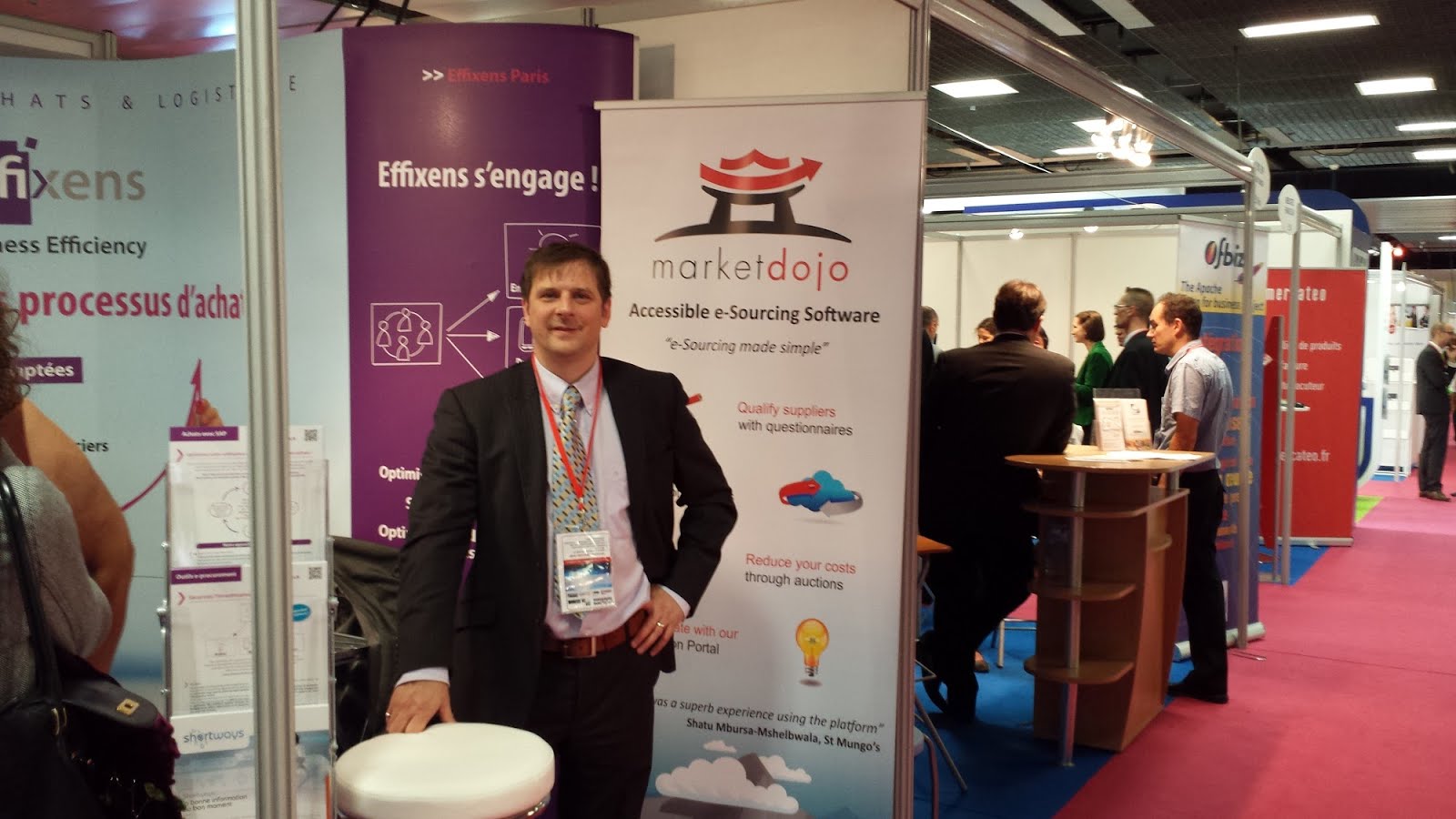 It was a very interesting event with the thrust being anything relevant to ERP and business systems, from large companies such as Microsoft and Oracle to smaller P2P vendors like B-Pack over to contract management and CRM.

eWorld gives us the opportunity to speak easily with people very much interested in what we provide and often a ‘hello’ is enough to engage, whereas in France with such a large conference and with a rusty French dialect, it was never the easiest to find the interested parties.

However which some typical English bravado and a ‘êtes-vous intéressé à eSourcing?’ we soon captured quite a few leads.  Would I say there was a big difference between a French show and one from the UK?  Not especially.  I found the French show slightly more relaxed (it was 3 days) and the lunches slightly longer (many thanks to our other French Partner on contract management, Per Angusta for my first steak this trip!) but I presume anyone would have guessed that!

My biggest surprise came on the third day as B-Pack, who had chosen to take part in a panel conference on eAuctions, requested my help.  For those that don’t know this, like many of the speaking slots, it involved a journalist asking questions from the panel members and also giving the audience a go.  I must say that even though I started out looking like a timid rabbit caught in the full glare of a car’s headbeams, I would like to think they warmed to my Franglais! 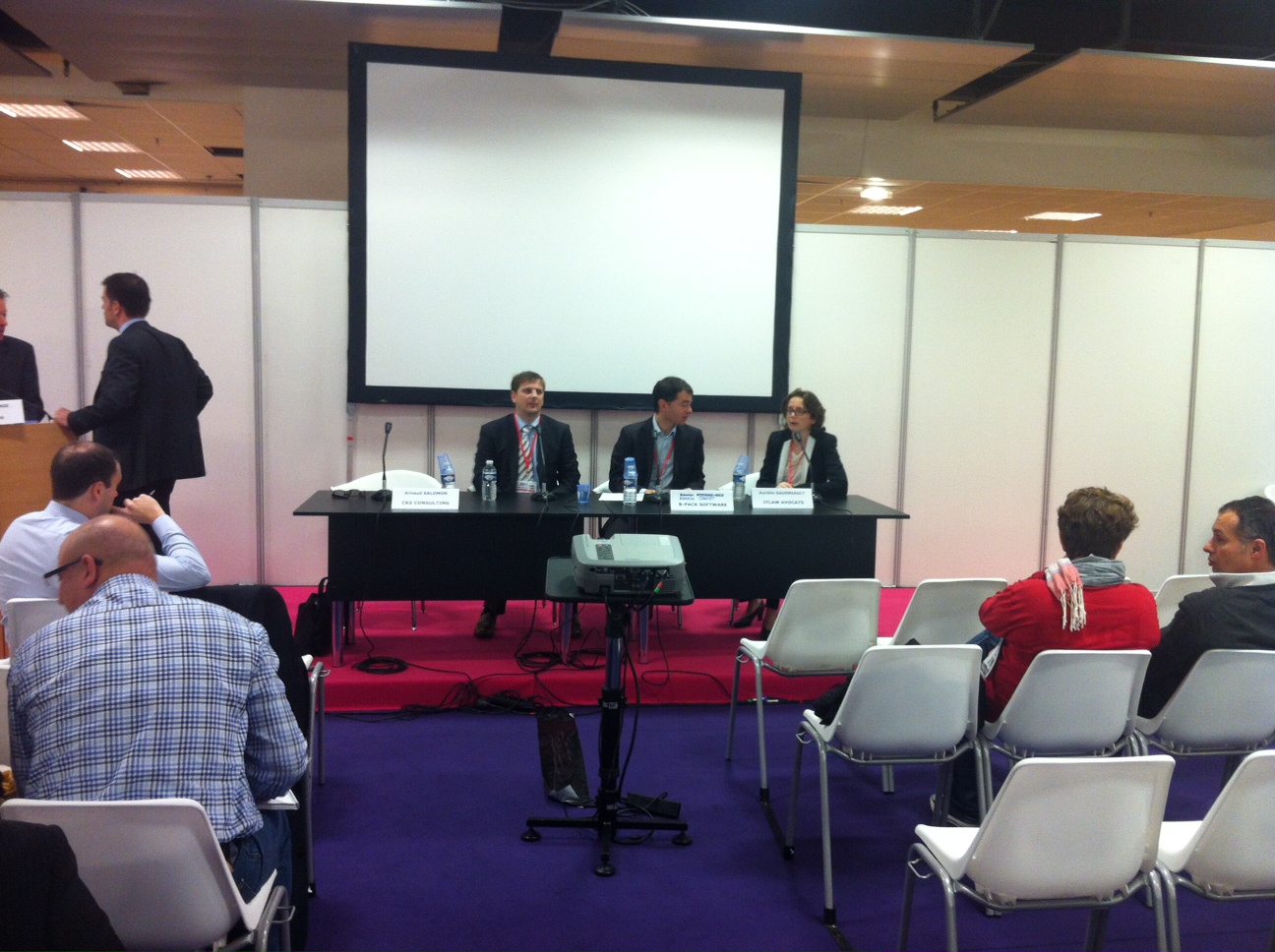 For my final night I was lucky enough to be entertained by my hosts at a restaurant called the Louchebem.  Now, like the English with their cockney rhyming slang, the French also have a few oddities.  In the olden days, to prevent the tax man catching on to what was being sold in the market they developed another language entirely.  As an example a ‘Boucher’ (butcher) with the ‘B’ replaced with an ‘L’ and a ‘Bem’ put on the end becomes ‘Louchebem’.  Clear as mud?  Slightly more confusing than Verlan where a ‘Femme’ becomes a ‘Meuf’!

Anyhow, what can I say but an enjoyable few days out the office, met some great people and of course celebrated the end of the conference with a bottle of bubbly! 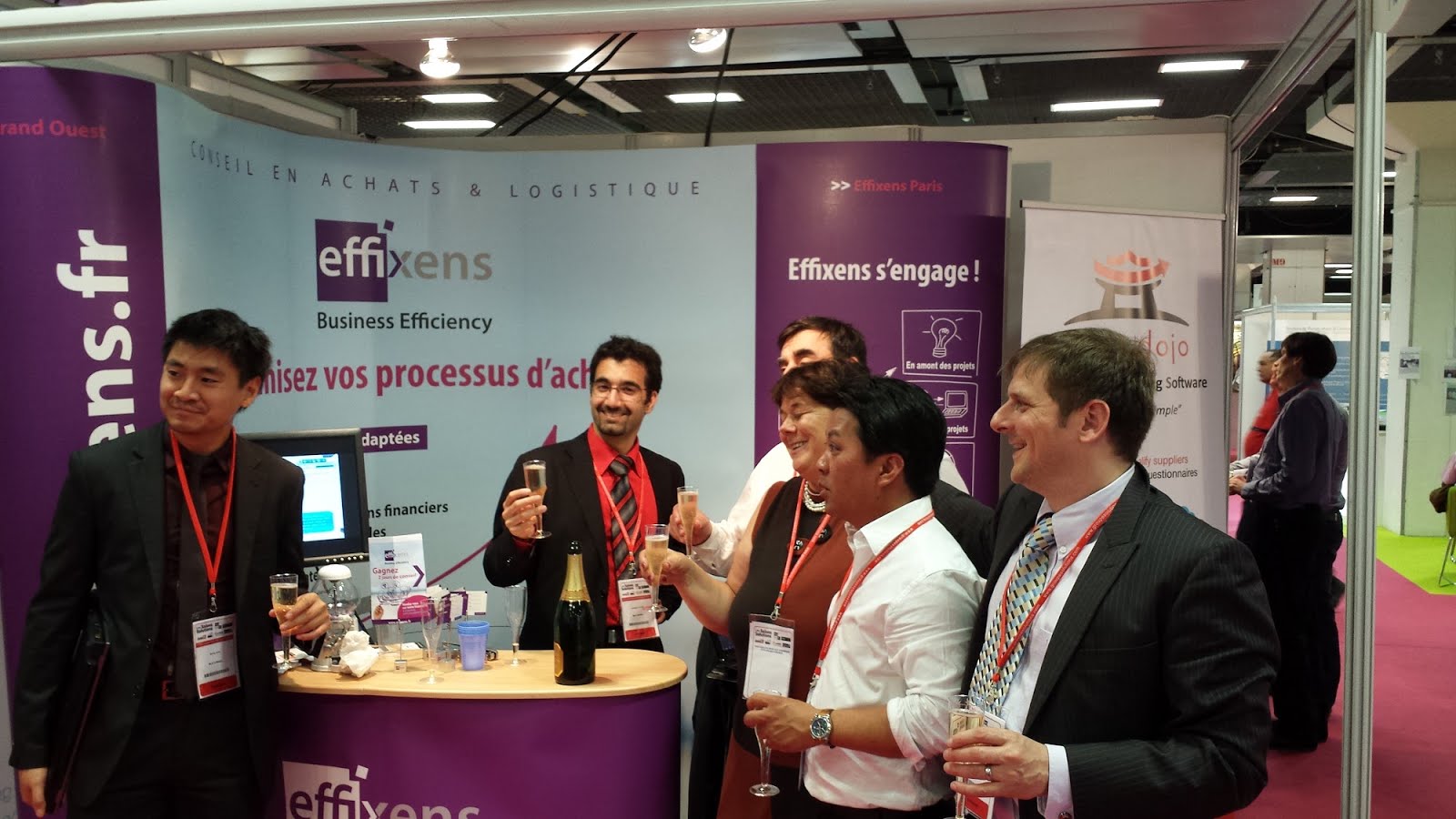