“An Achilles heel is a deadly weakness in spite of overall strength, which can actually or potentially lead to downfall.” 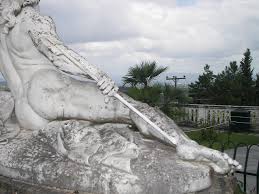 eAuctions are a great negotiation tool when used correctly.  However a supplier recently mentioned to us that they will no longer take part in eAuctions and will only take part in RFx’s (Request for Information/ Proposal or Quotation).  When asked why,  they said they had recently taken part in several eAuctions, in which they finished in the pole position only to see the business awarded to the incumbent.

In the CIPS guide to eAuctions its research highlights: “60% of buyer auctions are awarded to incumbent suppliers with only 22% of these suppliers reported to have won an auction on price alone.”  This can be understandably frustrating.

However, is this a good enough reason to decide to not take part?  Auctions have purportedly brought many benefits to table.  They are quicker, more efficient and transparent than traditional sealed RFQ’s and face to face negotiations.  They have also been claimed to improve supplier relationships (iAdapt research from UWE) and further to this there is no reason why you can’t bring the top suppliers in after an eAuction to discuss the other parts of the Service Level Agreement (SLA) for example (obviously referring to the private sector!).

Lets examine the mainstream alternative which normally takes the guise of a sealed RFQ.  Here bids are submitted, you would have no feedback on your position and would simply find out if you have won or not. Even if there is a face to face discussion, it is likely that the specifications would not be as tight as in an eAuction, which results in an even less quantifiable result.  However, many suppliers seem to favour this.

Does finding out their position in an eAuction put suppliers off? It could be that 95% of business is awarded to an incumbent from an RFQ but suppliers are not informed of their position. Is this a case of what you don’t know won’t hurt you?

And perhaps suppliers can more easily hide margins during an RFQ or even face to face negotiation as they are just not pushed hard enough. In reality an eAuction is a far more time efficient way of negotiating.  If we wanted to take part in an Auction, we might go below our list price if we want the business and the price is sustainable.  If we still lose then at least we acted competitively and we have more feedback. However to reproduce this competition in a RFQ or face to face negotiation is much more difficult which is perhaps why some suppliers are hesitant about eAuctions.  We will also concede that during an RFQ process, you are more likely to have more personal contact with the buyer although this can be the case in an eAuction process too.
What do you think?