CIPS up in a brewery

The journey from Market Dojo HQ to Butcombe Brewery took us along the M5, and then through some of the beautiful countryside around Bristol.

We arrived at 7pm for 30 minutes of networking before the tour. The room where we congregated had a long bar, and interesting information on the history of the brewery. Everyone in attendance was friendly and anticipating an interesting evening. After some procurement related chit chat the tour started!

The tour was lead by Martin Love and started with a 10 minute introduction in the bar. Martin was clearly  passionate about the brewery, and had a wealth knowledge about all aspects of the business. As a keen beer drinker, I found the talk fascinating. The talk covered history, business aspects and then moved on into the process of making beer. We then toured the brewery, following the steps in the process from the arrival of the hops, the importance of the water and how the barrels rotate through the supply chain.

Butcombe brewery do supply some beer to Tesco, and Martins explanation of the negotiation process and all the factors involved was particularly interesting to the procurement audience. Butcombe maintain a ratio so that they do not become too reliant on one customer and can retain a balance of power.

After the tour, we returned to the bar for an opportunity to sample the beer. As my colleagues were both driving, I did my best to maximise the amount of sampling that I did, encouraged by the team from the Brewery. This gave us another chance to chat to the other attendees and the team from the brewery.  I learnt some great facts about cider apples, and that Butcombe’s new Czech style Pilsner is preferred by the under 35’s, who have different taste buds to those of us who are not.

Far too soon, it was time for us to leave, and my chauffer for the evening to drive me home.
I would like to say a huge thanks to the team at the brewery for such a great tour, to Tom Casey and CIPS for organising it and to Nick and Alun for driving me to and from the brewery. I think that the idea of CIPS engaging with local business is a really great concept and would like to see it extended. I would also definitely recommend the brewery tour (and the beer)! 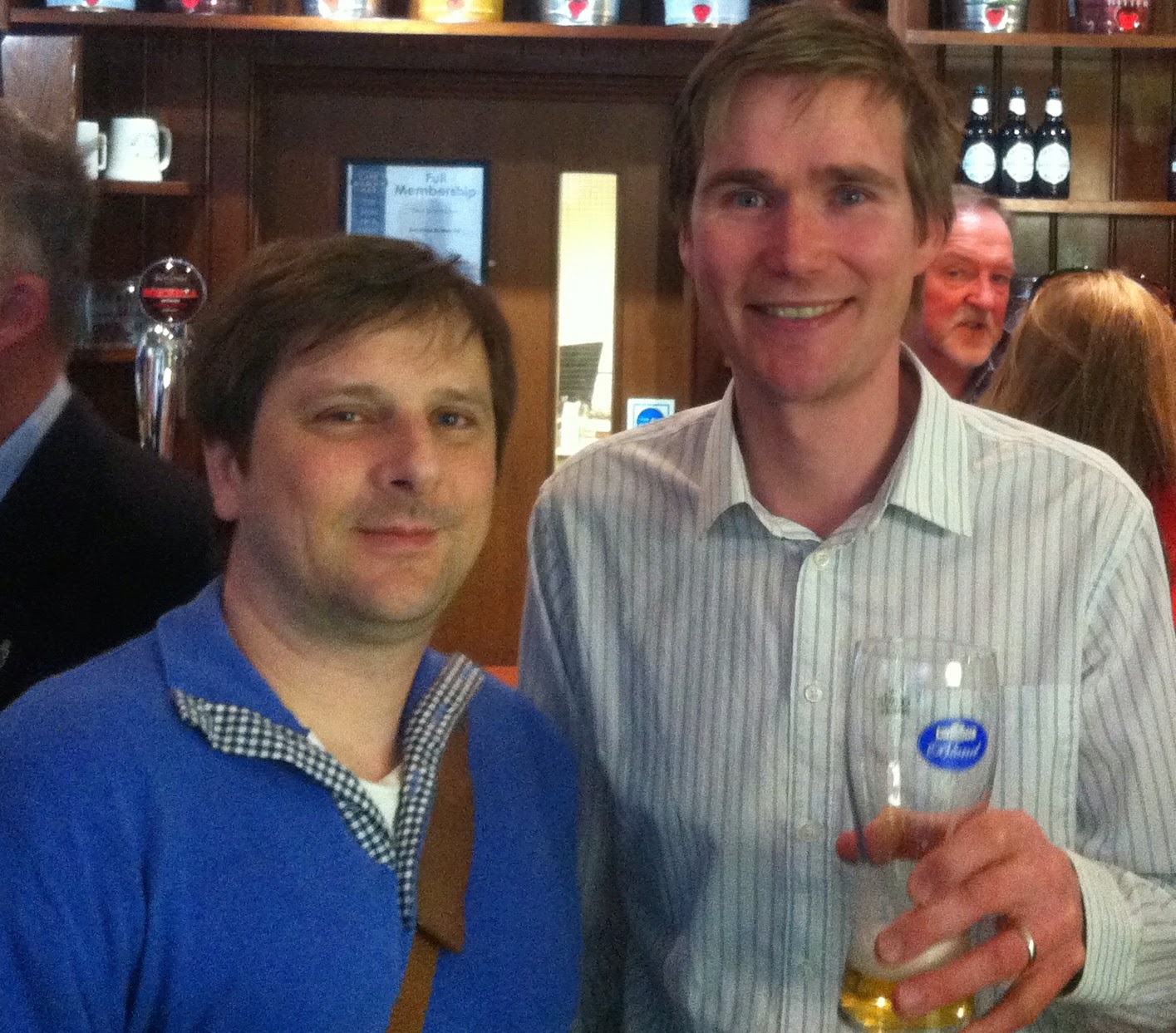 In the bar, tasting the Pilsner!