Guest Blog: Is a training agreement actually a form of modern slavery?

This week’s guest blog comes from Procurement Punk, an anonymous industry influencer who shares his thoughts via Twitter.

A sign of modern slavery, for example, could be holding the passport of an employee or forcing them to work to pay off a debt.

Is a training agreement actually a form of modern slavery? Don’t laugh, hear me out.

For example, your employer wants you to undertake a training course. It will benefit them, you having the skills learned on this course. They say it’s vital to your role and there is pressure for you to undertake it. Then comes the training agreement whereby you have to pay back costs if you leave in a specified time period.

Is this not a way of “forcing you to feel like you have to stay at the company”? Aka a bit like modern slavery. 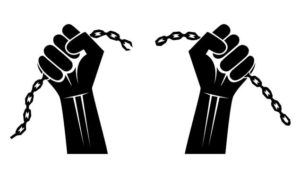 They employed YOU for your skills and personality. But, they believe you can better yourself (and the company will benefit by a course having been done). Who really says “no” to this – it’s a pressure and no doubt a few people will comment and say it’s contractual and a way of companies recovering costs of training and it is what it is.

My point is it “feels” like modern slavery and is always used negatively if an employee finds a new position or has to leave because the employer is no longer a good employer to work for.

So why didn’t you do your job as a manager when employing this person?:
Why would you employ someone that doesn’t have the training you now require them to have?

Once they have it did you work out an actual cost benefit to the company of them having the qualification? Is this deducted from the agreement. E.g. a course cost £1000 but the skills learned from it over a time period probably saved the company £2000 etc. IE you wouldn’t buy a new piece of equipment for your company without knowing it’s payback or benefits, so why is training different?

My own belief is that if you employ someone for a role without them having all the training you think they need (maybe their personality and fit was better than those that had the skills) then it’s your risk and your cost and shouldn’t be used as a “threat” like that of a withheld passport in modern slavery. It’s in your budget for the year anyway so why try to claw it back in revenge for them daring to leave?

Keep them happy and engaged so they don’t want to leave (unless it’s unavoidable) and they maximise all that training investment you put faith into giving to them. If you have so much fear that a training agreement is such a big thing you really ought to look at your company culture as to why you fear someone might leave.

“But once they are qualified they could leave”

“Yes. But don’t you pay them well and give themselves of motivational factors?”

In short, training agreements ARE a form of modern slavery in my view and at the least a last line of revenge for poor people management and poor company cultures.

Let us know your thoughts on this below.