It’s hard to avoid the political quagmire that is the Home Office decision to source the new UK Passport from French firm Gemalto, ahead of the UK’s De La Rue. 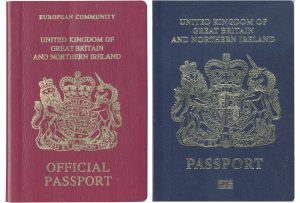 There are so many facets to this that are worth exploring in more detail, especially given the 280,000+ signatories to the Daily Mail petition rallying against the decision, albeit alongside other articles discussing David Beckham’s ripped physique.

It seems a lot of the public, a.k.a. less informed, sentiment is fuelled by similar mindsets to the Brexit decision.  It’s the UK vs. EU or us vs. them. I can understand why, since this procurement was symbolic of the UK seizing back control of its borders.   But this outcome wasn’t in the script. It lead Labour’s shadow home secretary, Diane Abbott, to say:

“Far from taking back control, it seems we can’t take back control of where our passports are printed.”

Also wading into the political scene, rather than best value for money, was Labour’s shadow Brexit secretary, Keir Starmer, who said:

“The passport is such an important issue of course it should be a British company.”

The raw materials, the end-to-end supply chain, the investors & shareholders, the Executive Board, the customers, the corporate governance, the politics, the currency shifts, they are all of a global nature.  De La Rue’s largest shareholder is headquartered in the US.  I actually worked as a procurement consultant for De La Rue, running global sourcing projects and conducting innovation workshops with their strategic supply base in Shanghai.

If you glance through De La Rue’s own website, there is a proud global heritage there too, and quite rightly.  In the 1930’s they produced the currency for China. Today they produce banknotes for Qatar and Kuwait.  They manufacture passports for Afghanistan, Kenya and Sierra Leone. Here is an extract from the website:

“De La Rue operates on a truly global scale, working with over 140 countries in the last three years alone. We provide governments and commercial organisations with products and services that underpin the integrity of trade, personal identity and the movement of goods.”

Given this accolade of working with so many governments abroad, no doubt competing against home-grown suppliers, I find it hard to understand why De La Rue expects to be given free reign in the UK.  It’s quid pro quo. It’s international trade laws.

In fact, just how much profit has De La Rue been making over the past 10 years or so of the previous contract, given that a spokesperson for them reported in the BBC News:

“We can accept that we weren’t the cheapest, even if our tender represented a significant discount on the current price.”

They weren’t the cheapest in this tender by some £120m.  If that was a significant discount then I can only imagine how much margin there was in the existing deal.  20%? 30%?

Gemalto has every right to compete against De La Rue in the same way that De La Rue has many times over across the globe.  Certainly De La Rue wouldn’t be the same company today if they weren’t able to “provide services, products and solutions to more than two thirds of the world’s countries”.

This is important point was completely shunned by Martin Sutherland, the chief executive of De La Rue, who called upon Theresa May and Amber Rudd to visit the company’s factory in Gateshead, to “explain to a dedicated workforce why they think this is a sensible decision, to offshore the manufacture of a British icon”.  I wonder if the governments of China, Kenya, Qatar, Kuwait etc. feel the same way about their ‘icons’.

Put simply, for being the best value for money to the UK populace, De La Rue was second best.

The Home Office’s said of the decision:

“The preferred bidder has been selected following a rigorous, fair and open competition . . The chosen company demonstrated that they will be best able to meet the needs of our passport service with a high quality and secure product at the best value for money for our customers and the taxpayer . . . A proportion of passports have been made overseas since then [2009] with up to 20 percent of blank passport books currently produced in Europe with no security or operational concerns.”

However, for those of us not in procurement who stumbled across this story, it’s where the outrage has been generated. If you read the Daily Mail, apparently the government should be free to award contracts to whoever they wish!

I suppose there is some truth in that, that whilst all the rules and guidelines are very clearly laid out, how an individual chooses to score the suppliers’ answers to the tender questions is still largely subjective.

Gemalto had already worked with the UK government on other contracts, such as the production of driving licences and biometric residence permit cards, and on border e-gates, which would have supported their quality assessment.

I am informed this followed a standard MEAT process, with a 60:40 split of quality: price. Personally, I would judge this as quite a high price weighting for such a technical and sensitive service. Most of the MEAT tenders of this ilk that we’ve seen have rarely been more than 30% price.

It would also be likely that the tender followed the popular, yet totally flawed, price to score conversion of lowest bid divided by supplier bid x price weighting (40 in this case).

This is perhaps the strongest argument that De La Rue can utilise: that Gemalto has offered an unsustainable bid that would not be in the public interest to consider. Since Gemalto is partly owned by the French government, there could also be a case for reliance on state aid, furthering a possibility for a successful challenge.

However such outcomes are unlikely to be reached. At Market Dojo, we have occasionally been rejected from tenders on the grounds of being unsustainably low. The fact is, we have a very different cost model to many of our competitors, who are still slaves to their 1990’s software architecture and business models. We can prove the sustainable cost model by growing our company 50%+ year-on-year. I would suspect Gemalto would equally be able to support their case from other UK government contracts.

Of course, the whole procurement debacle could have been avoided if the government had chosen to produce the passport in-house, like the French. But then De La Rue wouldn’t like that either, nor would it have necessarily been best value for public money.

Some politicians have been quoted that the UK will no longer have to award such contracts to foreign companies after Brexit, that it’s an area of EU Law that will be discarded. I don’t think so.

First we’ll have the Brexit transition period, envisaged to last until December 2020, during which the EU Procurement Directives will continue to apply.

Then we’ll have to wait upon the UK-EU trade deals, within which EU Procurement rules will be enforced as part of continued access to the single market.

Lastly, once the UK starts brokering trade deals with other countries, e.g. the US & Canada, China, India, etc. then our lucrative government contracts will likely be open for business from those bidders under a new set of procurement directives.

So I wouldn’t get your hopes up that tendering for public sector contracts will be getting any easier.

Procurement on the map!

Despite this being actually quite a good example of a public sector procurement, it has left the country feeling slightly sour, not least the incumbent, De La Rue. On the plus side, it has got Procurement onto the front page of some tabloids – and that’s quite an achievement!