Pushing on with eAuction technology – our new release!

For those with eagle eyes, you may have noticed a new feature in our eAuctions over the weekend and this is one we are very excited about.

First a bit of background.  Almost all eAuction software today is driven by ‘pull’ technology, which basically means that all bid updates etc. are sent to the users when they ask for it, either by manually refreshing the screen or by the software causing an automatic check every 5 to 10 seconds (sometimes longer).  Initially this is what we did with our software, as the technology around us when we started in 2010 was still developing.  Put into context, the majority of our competitors are based on technology from the late 1990’s. 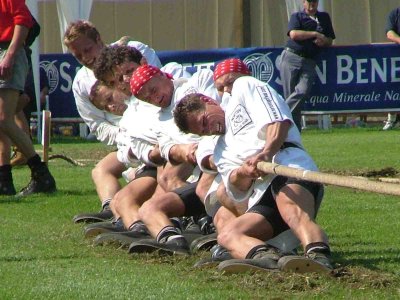 However, in 2011 standards were brought in for a technology called ‘websockets’.  Websockets ‘push’ updates to the users instantaneously.  One of the well regarded tools for doing this is Node.js, which is used by GroupOn, Microsoft, LinkedIn, Dow Jones and many others.  Well, now they can add Market Dojo to that list!

So, what does this mean to our users?

Truly real-time updates
Our journey with Node.js started a few months ago to make our graphs update live.  However, now you will notice that all our eAuction updates are instant, thereby creating more dynamism and encouraging even more active participation.  During our testing, we’ve even seen the case that you can send a message to someone during an auction and they receive it before you’ve even see a ‘message sent’ confirmation on your own screen.  Now that’s what we call real-time!

We recognise that there are users out there who are perhaps restricted to older browsers or hardware.  For this reason, we have built in a fail-over to our old update mechanism in the event that the real-time updates do not work for certain individuals.

Live Auction Feed
More importantly, it has enabled us to develop an even more innovative feature – the Live Auction Feed.  It could be compared to the text commentary you see flashing across the screen on CNN to let you catch up on all the headlines whilst witnessing the breaking news.

The Live Auction Feed is updated instantly with new bids, including who placed them, what value and what position the bidder is now in (or whether they are still bidding in the case of a Japanese Auction), as well as both sent and received messages and any changes to the Settings made during the eAuction.  You can scroll through this history at any time, which pauses the feed to give you time to read it.

In summary, never again will you be able to say ‘Oh, something’s changed, I missed that’, as you’ll have a permanent script of the complete auction.

We hope you enjoy these new features, which have been brought to you by a collaborative development with a client of ours.  Of course if you have your own requests, let us know and we will be delighted to work with you. And congratulations to Salve on being the first to try out the new feature for real!

PS: Here are a couple of videos of the new real-time update and Live Auction Feed features in action: