Should all suppliers be given the same information?

Procurement as a function has evolved over the years, transforming itself from an aspect of strategic purchasing, into a value-adding activity that’s integral to the running of an organisation.

Whether an organisation’s procurement function is to specifically focus on: minimising supplier risk, produce savings (that affect the bottom-line) or just increase the visibility of spend within an organisation. Procurement has become an evolving and vitally important focus within modern organisations.

However, there are still many misconceptions of procurement best practices within organisations and it’s incorrect to believe that there is a ‘One size fits all approach’. This is largely due to differing industries and sectors, requiring different suppliers and potentially facing altered organisational supply chain structures.

One of the key misconceptions is that: “All the same suppliers must be given the same information”.

Although there are many key aspects as to why suppliers should be given the same information such as:

However, this approach assumes a ‘one size fits all’ and will not always be appropriate. 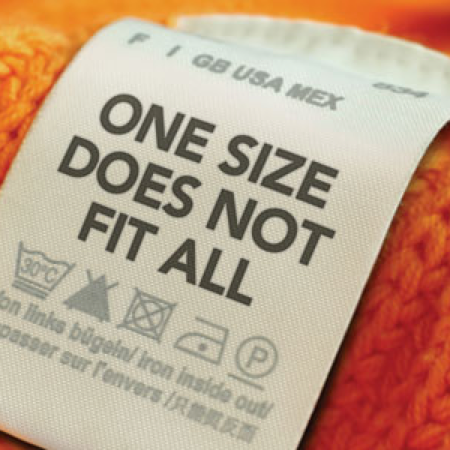 So when is it not appropriate to give all suppliers the same information?

The issue with giving all suppliers the same information is that certain suppliers might be considered unsuitable, even from the initial market research (RFI process). Thus, continuing to provide the same level of information to this supplier would provide no benefit to either party, ultimately leading to wasted resources being spent.

For example:  imagine a large food production company was looking for a new food-produce supplier for their new ‘Mushroom Soup’.  If they were inviting suppliers that weren’t capable of delivering the quantity requirements and wanted a single supplier for their needs, then any resource spent training the supplier, as they might with other more suitable suppliers, would be wasted. Whilst potentially providing full and clear information, might be advisable to do after the NDA (Non-Disclosure Agreement) process.

There are situations that suit both scenarios, however perhaps the best advice to take from this is that the more information you can initially give a supplier, the easier the process is going to be for all parties moving forwards. What we mean by this, is that if you were to send out a detailed initial brief with exact criteria to all your suppliers, those not able to match the criteria will be able to self-exclude themselves there and then. That way you will not be continuing to send information out further down the line to suppliers that are not relevant or able to partake in an event.

But what should you include in your Event Brief? Well luckily our Customer Success Manager, El, has written the following blog on just that: Creating an Event Brief