Following a recent LinkedIn question (“Someone explain to me how a Reverse Auction is fair and equitable to the supplier …”) we had to pause for thought.  Admittedly in the past auctions had obtained a less then sparkling reputation.  This seems to be in a large part down to the pre-conception that it was a race to the bottom for price and quality. 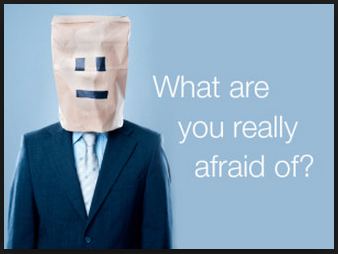 When eAuctions initially came onto the market (~20 years ago) as a way to negotiate quickly and effectively, they were firmly in the hands of experienced consultants such as FreeMarkets (sold to Ariba 2004).  eAuctions were primarily viewed as a way to save money.  However it does hide the fact that the consultants would put in a great deal of work.  Even five years ago when we were working for a consultancy, auctions would take us between 200 and 300 man-hours.

The next stage in their progression was as a module of the larger ERP (Enterprise Resource Planning)  applications and consultancy software offerings.  This seems to where the damage to their reputation was done. This was the initial transition of software to the hands of organisations themselves. The fact of the matter is that setting up an auction is more work up front than a traditional RFQ (Request For Quotation).  You need to have the Service Level Agreements and specifications tied down as well as have sufficient market liquidity.  By this we don’t just mean having suppliers who can bid, but suppliers who will bid and to whom you are willing to award the business. In this initial transition it seems that the benefits from negotiating the price down were understood but the level of work required for a truly successful auction was not.  And a truly successful auction needs to be judged on realised savings, quality and delivery, not just identified savings. This is where suppliers were put off by badly run eAuctions.

As the procurement professional has grown up in the last 10 years, becoming far more reputable, so has the eAuction process.  Companies understand that for success the eAuctions need to be run in a professional manner and should be viewed as any negotiation where you are looking for a win-win outcome.  For example you can weight non-price criteria or mention in the documentation that you will bring in the top three suppliers for discussions post-auction, or even include supplier presentations in the process.  The truth is that eAuctions are just another tool in the procurement tool-set for negotiation and they need to be used with care.

The new breed of eSourcing platforms on the market also help make the process easier.  For example we strive to embed professional processes in every stage with check points at appropriate milestones.  We make it easy for the suppliers, as well as the buyers, to adopt, and we have had many different kinds of suppliers bidding from taxi drivers to one man bands.  Here is our guide for helping to onboard suppliers.

Unfortunately that initial bad reputation is still around today.  However we less frequently see a powerful incumbent try to kibosh the process.   With the increasing professionalism and eConnectivity in supplier markets and the ability for buyers to more readily search globally for suppliers, this is becoming a risky approach for an incumbent.

Not only that but suppliers are actually finding that eAuctions are a good way to negotiate and they have been proven to strengthen relationships.  With increased thought up front on documentation, open communication and more transparency, eAuctions are fast becoming a very efficient and fair way to do business. Suppliers are also better prepared in understanding their margins before the event and having a sufficient BATNA (Best Alternative to Negotiated Agreement) in place.  This is will help negate the view that suppliers can get caught up in the furore of bidding.  Also many consumer applications from eBay to moneysupermarket.com help make the process less daunting. We have many guides and videos to help suppliers through the auction processhere.

In conclusion we would say that suppliers don’t fear the eAuction itself anymore. With a greater understanding they see the advantages.  All they do fear is a badly run eAuction, so make sure your’s is not one of them!