The curious incident of tied bids in a tender

In a most economically advantageous tender (MEAT), bidders are allocated an overall score based on the combination of their price evaluation and their quality/non-price evaluation.

In a previous article, we looked at some of the irregularities across the public sector in how price evaluations were concluded, from the non-linear percentage of leading bid through to the irrational price multiplier.

In this article, we would like to elaborate upon another inconsistency that we have seen in the public sector concerning how tied bids are treated during a MEAT or weighted tender, whereby one or more bidders may end up with an identical overall score for their proposal. 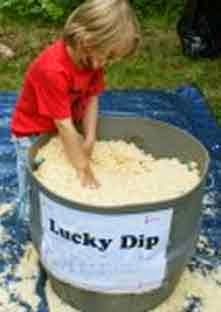 Although this is unlikely, given that both price and non-price evaluations can be carried out to numerous decimal places, it can and does occur.  So how can the authority finalise the award decision?

Use of tie-breakers
The excellent UK Practical Law website outlines a few solutions to this scenario:

Nobody ever expects a tie, but this can happen. Consider building potential tie-breakers into the evaluation model and disclosing to bidders upfront how such a mechanism may be used if there is a tie. For example, this may be by:

A tie does not have to be an exact tie but a statistical tie (that is, a tie within acceptable margins of error) making it difficult, if not impossible, to differentiate between two or more bids.

What is important to note is the final paragraph in the excerpt above, in that the tie does not have to be an exact tie but a statistical tie, i.e. within acceptable margins of error.  Therefore even if the two overall scores from the bidders are not identical, they have to be sufficiently distinct for them not to be considered a tie.

Head in the sand
One final observation that was made around tied bids was to avoid the situation altogether, either by hoping it will never happen or by re-evaluating the tied proposals in private to define which is uniquely the most economically advantageous.  However, that sounds highly subjective and is not a recommended solution!

What about eAuctions?
An area that we would really like to scrutinise, given our professional background in this area, is how tied bids are treated during an eAuction.  Article 54 (6) of the EU Procurement Directives states that (during an eAuction) an Authority shall:

‘instantaneously communicate to all tenderers at least sufficient information to enable them to ascertain their relative rankings at any moment.’

The key words here are ‘instantaneously’ and ‘relative rankings’, meaning the eAuction must use clear rules that shall immediately allocate the bidders a defined rank to conclusively provide feedback on whether they stand to win the contract or not.  Should the software not perform this task or provide a misleading relative ranking, the bidder shall have every right to challenge as the Article would have been breached.

Therefore it becomes a question of what rules the software must use in order to comply with the Articles.   This is where things become more disparate….

The flaw with this approach is that it is not consistent with the underlying tender process.  You wouldn’t reject a bid that results in a tie during the RFP, so why should you be allowed to do this during an eAuction?  What if that bid was the best and final offer the bidder could place?  They would be extremely upset that their bid was rejected if it actually meant they were equally most economically advantageous and in fact could stand to win on the basis of a tie-breaker.

A secondary flaw in this, which is actually shared across many of the tied bid rules during an eAuction, is that it depends on the speed of bidding.  For example, should two bidders try and submit bids at the exact same time that would result in a tie, the software would have to reject one of these bids based on this rule.  Most likely it would reject the bid that was processed by the software that fraction of a second later.  Therefore aspects like processing speed, PC performance, internet speeds, typing speeds, speed with navigating the PC screen, amongst others, all come into play for establishing which bid is acceptable.

Allow tied bids
A completely opposite ruling is to simply allow tied bids.  There are quite a few ways this can be done, be it the bidders are simply given their relative ranking as 1st or 1st equal, or maybe they are both placed into 2nd as neither bidder currently stands to win the contract outright.
One example we found was where Birmingham City Council, with the support of Improvement and Efficiency West Midlands (IEWM), ran an eAuction where two bidders entered the same start prices and were both ranked first by the eAuction software.  In this situation, both bidders were being informed by the software that they stood to win the contract, which was clearly not possible and was misleading.  The options they faced to recover the situation were:

A) Communicate: explain the equal bid scenario to the suppliers and seek their agreement to continue;
B) Re-run the auction on a different day;
C) Withdraw the auction.

Ultimately, Birmingham CC used option A) as the favoured resolution and the auction was successfully concluded.

What is clear from this example is that the issue was caused by the lack of awareness that such a situation could occur, hence why we chose to write this article.

The advantage of allowing tied bids is that bidding speeds do not come into play.  So long as the bids are placed at any point during the eAuction, they will be taken into consideration equitably.

The drawback to allowing tied bids is that the eAuction itself may not be conclusive, which is not an ideal use of everyone’s time.  You would have to conclude the award by adopting some of the aforementioned tie-breaker rules post-auction, which you (hopefully) specified in the tender documents.

Separate tied bids
One final treatment of tied bids fits in between the previous two approaches, whereby tied bids are allowed but bidders are not given the same rank.

There are a few ways this can be done.  The eAuction could adopt one of the rules that we found in some official tender documents, which was that in the event of tied bids (MEAT), the overall lowest price was deemed the winner.  Whilst that is easy to implement, it still isn’t sufficient, as it is possible that the prices could be identical as well.  Co-incidentally a solution to that outcome was not mentioned in those tender documents, which again leaves a gaping hole in the process.  It also doesn’t solve the issue for price-only eAuctions.

An alternative option, available within several eAuction providers such as the one selected by the Crown Commercial Service, is to separate tied bids by timestamp.   Whichever bid was placed soonest would be assigned the better rank.

Timestamp isn’t necessarily the time in hours:minutes:seconds that a bid was placed, but can be interpreted as the exact sequential order in which the bids were saved in the database of the eAuction tool and, as such, are uniquely positioned.  This can be seen as a fair way of separating tied bids; after all that is how Sotherby’s operates in a fair manner.  However the flaw is that it again comes down to bidding speeds and sequencing of those bids by the software (or auctioneer in the case of Sotherby’s).

Timestamping is also inconsistent with the RFP evaluation process, which uses a uniform deadline for tender openings.  Furthermore, evaluating rankings in an RFP according to when they were received would be hugely unfair, given postal delays and that not all providers would be the same distance away from the authority.

Proxy bids
Additionally you could land yourself in hot water should you place a bid by proxy, i.e. legitimately on behalf of the bidder.  What if two bidders asked you to do this and co-incidentally they were equal bids.  Under the timestamp rule whichever proxy bid you submit first would become the first ranked, therefore you, as the eAuction manager, hold the power to influence the ranking, which is not compliant with the Articles.

But then this applies to proxy bidding and any eAuction rule around separating or preventing tied bids.  The proxy bidder inherits the responsibility of placing the bid and hence can influence the ranking as a consequence of the tied bid rule.  Is this even considered in the Articles?

Head in the sand, again!
What also became clear during our research into the tied bid rules is that some eAuction service providers actually do not have a user-defined means for the treatment of tied bids.  Some may not even have considered what even happens to the ranks in their software should two equal MEAT proposals be received.  It is worth asking yourself if you know what happens.

Conclusion
In our experience very rarely do we see any written rules in the tender documentation around what happens in the event of a tie.  This is perhaps the most alarming conclusion, as it leaves tenders open to challenge, since you’ll have to take action that you had not previously outlined, and if that action is to run the tender again, it will be a costly and time-consuming decision.
Furthermore, it is clear that across the many eAuction providers that are used in the market, there are a myriad of rules being used.  Some of these rules have serious flaws that could lead to challenge.  Others are simply unspecified, which leaves authorities with a significant underlying risk.

Our recommendation, not in a legal context as we do not hold the jurisdiction for such matters, is that authorities must clearly outline in their tender documents the tie-breaker rules, be it for an eAuction or otherwise, and the rules must apply uniformly to all bidders.

The optimal solution, in our view, is to allow tied bids to clearly communicate whether the bidder is in a uniquely winning position during the eAuction and to utilise the tie-breaker rules in the tender documentation should the eAuction finish with no clear unique winner.   Only that way can you eliminate bidding speeds and proxy bids as a possible mechanism to influence rankings.

Then again, perhaps we have gone too far and we should have just just buried our heads in the sand!