The Making of our Viral Videos

Working with a local horror film producer we made a series of light-hearted videos to inject some humour into a procurement professionals day. The basic premise was based on various ways for a business to save money. 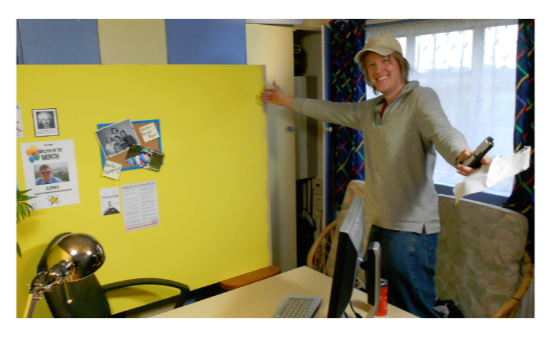 A Script and a Storyboard
As the raison d’etre was very simple, this was probably easier than most.  We would film a ‘before’ and ‘after’ sequence with different crazy ideas for savings money before realising that Market Dojo is the answer.

A Director and a Cameraman 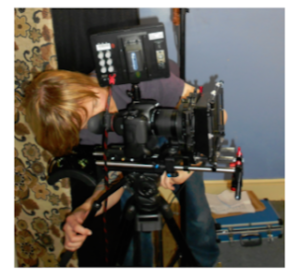 Luckily we found someone who was all in one.

Lee is an Award Winning freelance Writer, Director, Camera Operator, Video Editor and Motion Graphics Designer. He has some great showreels that you can see here.

An Actor
We were very fortunate with Geoff Prewer stepping into the breach. A consummate actor with versatile skills. As you can see, not someone shy to put on some eyeliner. 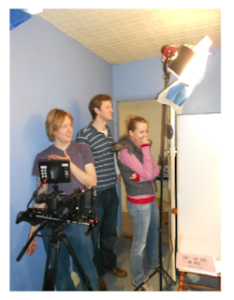 A Crew
Made up of  Alun, Nick and Justyna from the Market Dojo team!

A Set
It is amazing what you can do with a couple of plyboards, a lick of paint and photoshop.  By simply moving the boards we gave the impression that he is working in an office with no doors or windows for the ‘before’ shots.  if you look carefully you can see that the photo of Geoff’s family is made up entirely of Geoff! 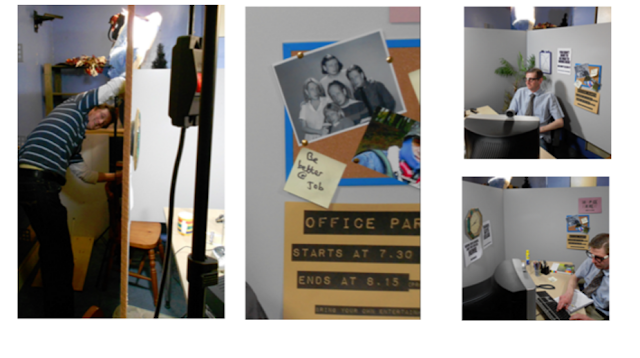 The Production
We started off with a lot of ideas which were a lot of fun to come up with but in reality you just have to practice.In truth it is not our first effort to go viral.

Our first effort was the Ninja Lizard based on the Ninja Cat! 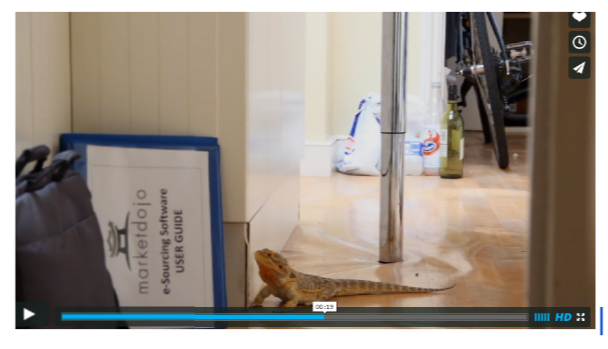 Maybe not subtle enough though.  Our second foray into the area was using the lovable ‘Cactus’ (a friendly Bearded Dragon) who comes up with some fancifulideas with an analogy to show Market Dojo is a new way of thinking.  Slightly more ‘off the wall’. 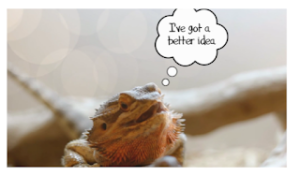 And this brings us on to the latest set of videos on saving money using our lovable but slightly deluded Andy Cipher (the name of our character).

Originally all our videos had a script although we found it far easier to keep it as simple as possible with no script.  Not quite the silent movies of Charlie Chaplin although they seem to work well. 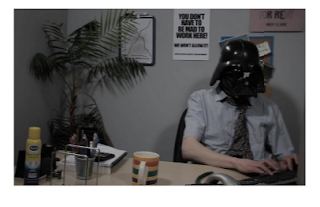 We filmed them over two weekends.  The first weekend representing the ‘before’ shot with the hapless Andy Cipher thinking of some weird schemes to save the office money. The second weekend involved shooting the scenes where he has seen the light.

It is truly amazing to see what how much can be achieved with so little.  It really is contained within the eye of the beholder.

One of our favourite videos is using the force.  Why not have a look and tell us how we got the cup to move.  Was it magic?⇨

Another saw us manage to expertly place a pair of pants on poor Andys head. In 10 years time I am not sure what I will say about this episode in my life. 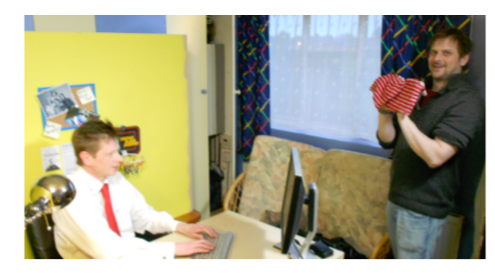 As Horror is Lee’s special forte, we couldn’t possibly leave out the obligatory zombie scene. You can see Nick makes a pretty mean undead… although which is which? ⇨

By far the most challenging was creating the scene where we created an office outdoors.  You might think that any field would do. However, driven by our more experienced director we were led to understand that for the right composition, the right lighting, the right background we had to carry all the equipment through the woods for the ultimate scene…

It didn’t help that we forgot the chair but pictured above above, the guys faithfully went to retrieve it. And as you can see from below, it did make a great final video.

The whole experience was incredibly rewarding and lots of hard work. Did we manage to create a viral sensation? Given our views it would seem not.  Have we brought a smile to the drudgery that is know as procurement, perhaps you can tell us?