Why Buyers should embrace Japanese Auctions

We have the pleasure of a guest post from one of our clients, Terri Hudson, who represents Baker Wanless and eQuiddity.  She is has many years experience of running auctions and has shared her thoughts on the Japanese auction format. 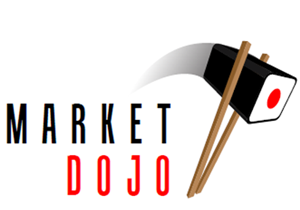 So what is a Japanese auction?  A Japanese auction is where there is no free bidding by suppliers.  The software drops the price automatically (typically 1% every 5 minutes) and the supplier simply needs to ‘Accept’ or ‘Decline’ that price drop.  The Market Dojo platform makes it very easy for bidders to take part.  The screen is fresh and bright.  Accept is coloured black and Decline in red to avoid mistakes and the screen refresh is fast so bids are received in no time at all.  The platform also gives the buyer the ability to adjust the decrements and time gaps during the live auction so as suppliers get familiar with the process the buyer could look to reducing the time between drops from 5 minutes to 3 minutes.

Throughout 2013, Baker Wanless / e-Quiddity ran between 45 and 50 Auctions through the Market DoJo platform and 90% of those were deployed as a Japanese build and identified savings in the region of €20m for our clients.  Some would argue that you could achieve the same or similar results through more traditional auction builds, however this is debatable.

To begin with, Japanese auctions provide a level of commercial confidentiality on categories that sit under goods for resale.  For example, one bidder would not find it difficult to work out what another bidder’s margins are if they were given full visibility of the end result and positioning during the live event, because the retail selling price is in the public domain.  This is particularly sensitive with incumbent suppliers.  In many cases, the time between the live auction to award of business and the first delivery of the goods can often take around 3 to 4 months and it is important that the buyers maintain healthy relationships with their suppliers during a tender process.

The other benefits include the fact that when a supplier has reached their exit price, they are free to exit the auction and leave.  It does not stop the auction for others, only for them, and means there is no benefit to them watching the auction further.  Other methods may result in the supplier continuing to watch the auction whilst it continues with the other bidders in order to gain free market information.

As a buyer, you would notice that in more traditional eAuction methods, incumbents don’t tend to perform well.  They typically will tailgate the leading bidders and remain 2nd or 3rd ranked in an attempt to demonstrate a competitive yet non-leading bid.  This is because they feel they don’t need to be the best price. If the difference between them and another bidder is not significant the buyer is unlikely to change supplier.  The Japanese format removes visibility of the ranking meaning that they are unable to tailgate and must put their best foot forwards when bidding.

Why not give it a try?  We are experts at running them now and would be delighted to work with you and show you how it’s done, so get in touch.